European football organizations, including the KNVB, the Johan Cruijff ArenA, UEFA, City Football Group, and AFC Ajax, have joined forces again to tackle joint challenges in the football industry. The organizations, united under the flag ‘Football Innovation Platform’, organize three innovation challenges per year. In 2020, these organisations hosted a challenge on helping football to recover and grow beyond the impact of COVID-19 on football.

This year, the first challenge is aimed at healthy, safe, secure and sustainable sport events. This is a major focus point for each Football Innovation Platform partner: from making waste more circular to making the journey to and from the stadium or club greener. The Football Innovation Platform partners feel their responsibility for reducing the carbon footprint of football games and matches, and want to accelerate this together with fans.

The second challenge is aimed at visitor experience. This theme is about strengthening the connection between the follower/visitor and his sport/event. And to share the experience of these events with others.

The third challenge is aimed at sports and performance. This theme is encompasses enhancing sport participation, encouraging and guiding individuals to live healthier, exercise more, and to perform better in sports, individually and as a team.

These leading European football organisations, united under the flag of ‘Football Innovation Platform’, focus on cooperating with the broader football community and beyond to find solutions and best practices for the benefit of fans, players, broadcasters, clubs, venues, leagues and associations.

About the Football Innovation Platform

The Royal Netherlands Football Association KNVB with 1.2 million members is the biggest sports association in the country. The Royal Netherlands Football Association KNVB is synonymous with Dutch football. The KNVB is associated with the Oranje national teams, it organises the top-flight Eredivisie national league and it has lent its name to the Dutch Cup: the KNVB Beker. In addition, the KNVB offers competitions appropriate to the needs and preference of each and every football enthusiast in the Netherlands with more than 30.000 matches per week. For professionals and amateurs. On grass, artificial turf, indoor football pitches or in the streets, men, women, boys, girls, disabled; everybody can play the game at their level of ambition. The Dutch national team regularly plays matches in the Johan Cruijff ArenA.

The Johan Cruijff ArenA is the football stadium of the Netherlands, home of AFC Ajax and the Dutch national team. It is also the multifunctional accommodation for large-scale, national and international music and dance events, as well as meetings on a smaller scale in (mainly) the business segment. These activities take place in close cooperation with various partners. High-quality services, state-of-the-art facilities, safety, and optimal public perception are the most important strategic pillars. The Johan Cruijff ArenA is one of the most sustainable stadiums in the world and is internationally regarded as a role model for modern stadium construction and exploitation.

Its objectives are, among other things, to deal with all questions relating to European football, to promote football in a spirit of unity, solidarity, peace, understanding and fair play, without any discrimination on the part of politics, race, religion, gender or any other reason, to safeguard the values of European football, promote and protect ethical standards and good governance in European football, maintain relations with all stakeholders involved in European football, and support and safeguard its member associations for the overall well-being of the European game.

Established in May 2013, City Football Group is the owner of football-related businesses in major cities around the world, including football clubs, academies, technical support and marketing companies.

It is our ambition to increase participation in football on and off the field, to find and develop the best footballing talent, and to deliver an exciting and forward playing game.

By achieving these ambitions – playing attractive football, engaging our community of passionate fans and adopting a uniquely global yet local approach – we are growing a sustainable and socially responsible organisation, consistent with what ‘City’ football has meant to people for over a century.

Founded on March 18, 1900 AFC Ajax is one of the largest and most storied clubs in European football. Ajax is also particularly famous for its renowned youth programme that has produced many Dutch talents over the years. 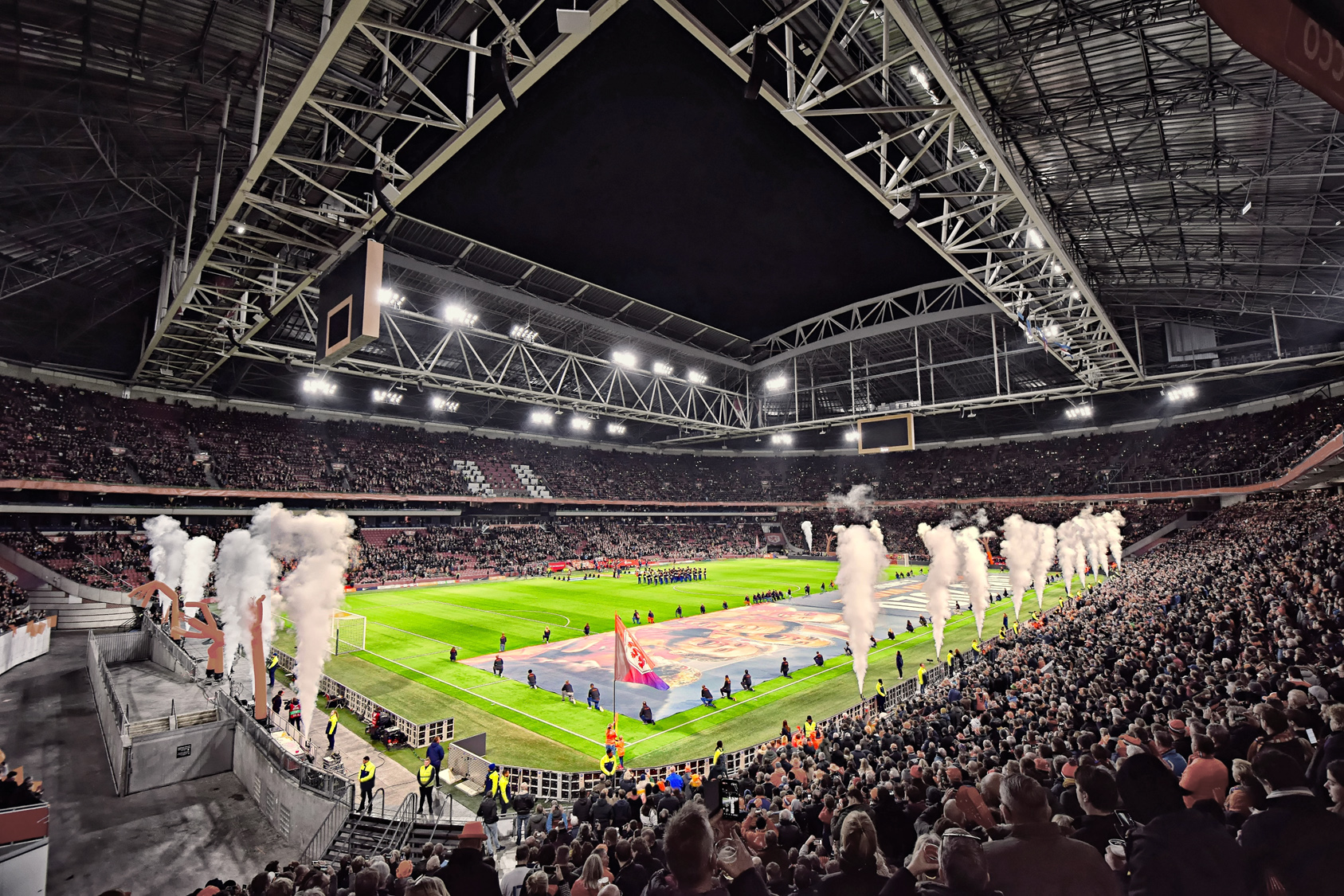 Want to be kept up to date regarding the challenge? Please sign up here and join the platform.

Ready to submit your solution? Go to the platform and sign up for free!

If you have another question, please fill in the form on this page or send an e-mail to ReimagineFootball@JohanCruijffArenA.nl.